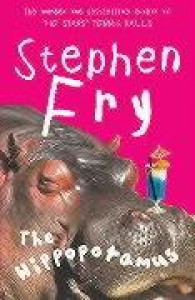 Straight out, this one was a bit weird.

Weird, but compelling, because the main character, poet Edward Lennox Wallace (Tedward), is a cantankerous, misogynistic, drunken snob who becomes the unlikely investigator of a country house mystery.

After losing his job at newspaper, Tedward's goddaughter engages him to spy on the family of Tedward's old army friend in Norfolk. Initially, there does not seem to be anything worth reporting to his goddaughter but as the story develops, Tedward becomes close to his godson who seems to be a bit of outcast and who also seems to be at the centre of some mysterious events.

It took me about three quarters of the book before the weirdness of the story (including scenes of bestiality) lost their shock value and the connection between all of the sub-plots came together.

Despite the unusual twists and turns - some of which may be even odder if you know anything about Stephen Fry - the story is written beautifully. Especially, if you are a fan of cute acute outbreaks of illustrative alliterate swearing.