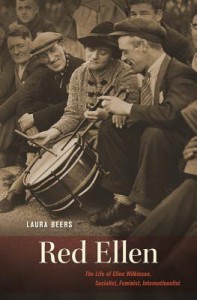 Last night I made a start on Red Ellen. From what I can tell so far, this will be a slow read because Beers took pains to give the reader a full picture of the circumstance of not just Ellen Wilkinson's life (1891 - 1947), but also of what life was like for people at the time.

Up to this point, all I knew about Wilkinson was what Rachel Reeves, MP, disclosed about Wilkinson in the introduction to The Division Bell Mystery and which made me want to find out more about her. I mean, I liked her already for being the one to introduce free milk to schools...and to name her kettle "Agatha" in honour of her admiration for Agatha Christie.

Then I picked up Red Ellen last night, and it starts with this:

Born to a working-class family in south Manchester, Ellen Wilkinson had not left the northwest of England by the time she won a scholarship to the University of Manchester in 1910. In the thirty-five years that followed, she helped found the British Communist Party and met Russian revolutionaries Vladimir Lenin and Leon Trotzky in Moscow. She was the tenth woman to gain a seat in parliament and became a renowned advocate for the poor and dispossessed at home and abroad. She travelled across Europe, America, and Asia in pursuit of international peace; went to San Francisco as one of the few female delegates to the inaugural meeting of the United Nations; and returned to Britain to play a central role in the postwar government. Along the way, she forged a remarkable series of friendships - she was on intimate terms with the leaders of the Indian Congress Party, the German anti-fascist resistance, and the Spanish Republican government; spent a Christmas with Nobel Peace Prize winner Jane Addams; and had a tempestuous, if mutually admiring, relationship with Winston Churchill. In an era when several of her female parliamentary colleagues - including Lady Nancy Astor and Lady Cynthia Mosley - entered parliament on their husbands' coattails, Wilkinson was a self-made woman, although her repeated affairs with male colleagues inspired rumors of favouritism.

Well, I was hooked, even though some of the author's choices of words have made me wonder whether the book was really written in 2016 (yes, it was).

Chapter 1 deals with Wilkinson's family and childhood in a working-class part of Manchester, and we learn that her family was very passionate about two things: religion and science. As her father did not like going out by himself, we learn that Ellen accompanied him (as soon as she was old enough) to church meetings and all kinds of scientific lectures, which together with an extended spell of home-schooling (because of illness) seemed to have fuelled her inquiring mind quite early on.

There were two things in particular, tho, that caught my attention:

1. While the Wilkinson household had no great interest in politics, it seems that she was introduced to some political issues through the Wesleyan chapel they attended, which among others also held "protests against the Congo atrocities" or "against the British government's repression in India".

I dunno, it was quite nice to read that a culture of protests that focussed on international issues (rather than domestic ones) already existed at that time (pre-WWI). It's not something that I've come across in much of the fiction of the time - unless the issues has been portrayed as something happening in "exotic" places, or being mocked in that "ho cares about Ruritania" attitude.

2. The other piece of information I was kind of surprised by was that when Wilkinson became interested in politics as a university student, she was not, at first, a supporter of the suffragettes, even tho she was a socialist.

Red Ellen will be a slow read, but I am really enjoying it so far. 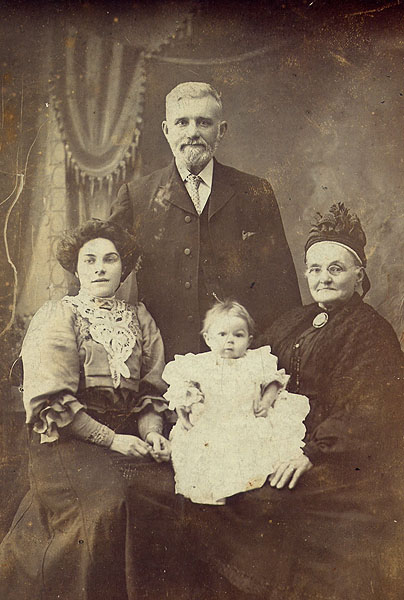