Task 1:  “Three Russian writers walk into a bar …” (Take it from here – the wilder the merrier!)

Task 2: Towards the end of the 17th century, there was a Russian apprentice carpenter and shipwright going by the name Peter Mikhailov in the Dutch town of Zaandam (and later in Amsterdam), who eventually turned out to be none other than Tsar Peter the Great, whose great interest in the craft would become pivotal to his programs for the build-up of the Russian navy and naval commerce.
So: Tell us about a favorite book, either nonfiction history (demonstrably true facts, please, no conspiracy theories or unproven conjecture) or fiction – all genres, not limited to historical fiction –, dealing with a member of royalty “moonlighting” as a commoner.

TA has already beat me to it, but the first book that came into my mind is A Scandal in Bohemia...in which a king is pretending to be a mere count. Not exactly a commoner but the lowest that the king in question would stoop.

And because there can never be too many Jeremy Brett pictures, here is one more: 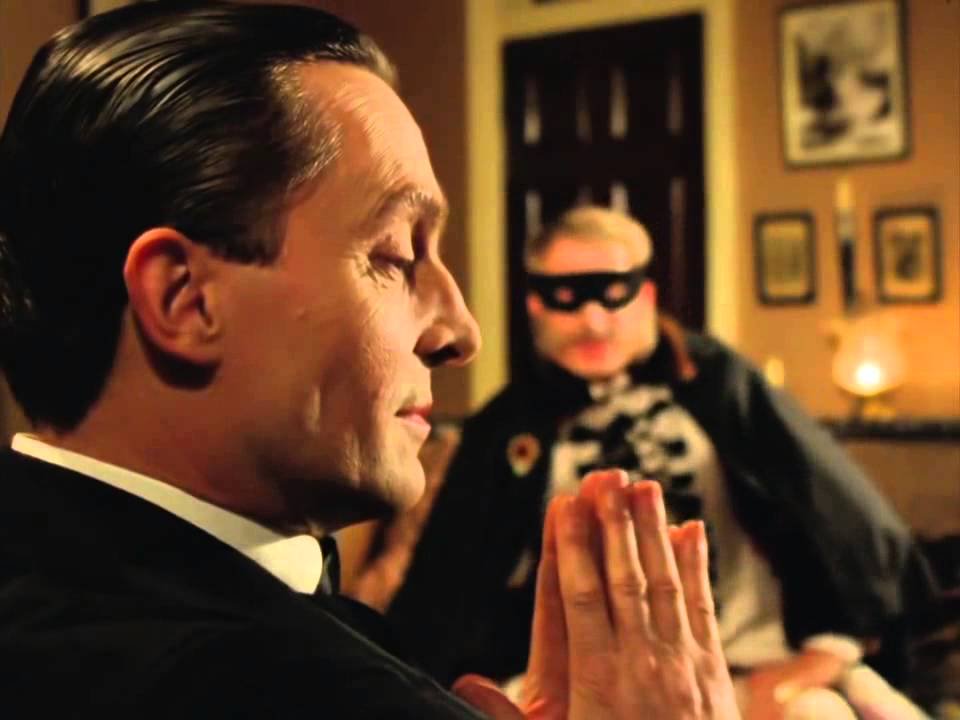 Task 3: Until WWII, the most famous part of the Catherine Palace at Tsarskoye Selo near St. Petersburg was the so-called amber room. It was looted, lock stock and barrel, by the Nazis, and has since vanished from the face of the earth, with its fate a complete mystery to the present day. Let your imagination run wild: What do you think may have happened to it? (Kidnapped by aliens? Spirited away by dwarves and hidden in a secret cavern deep below the face of the earth? Sold, piece by piece, to finance … what? The Nazi war effort? The restoration of the Romanovs to the throne of Russia? Stalin’s pogroms? What else?) Don’t hold back, we’d love to know!

I think the room was stripped bare, then the items were put into storage and onto trains and somehow ended up being shunted onto the wrong tracks and sent in the entirely wrong direction, thus proving wrong the stereotype that all Germans are well organised. I guess after that the freight was unloaded and forgotten, and finally disappeared bit by bit as there was no other use for it...and no one wanted to own up to having seen it.

Task 4: Forget-me-nots and handmade medals of honor are important Russian Mothers’ Day gifts. Create a medal of honor (with or without the image of a forget-me-not) for a favorite book character or for a family member or friend of yours that you’d like to pay respect to.

Book: Read a book set in Russia, by a Russian author, featuring a story within a story (like a Russian “matryoshka” doll), or featuring a character who is a mother.

I've got two options at hand for this but am not sure I will get around to reading either before the year is out:

Option No.1 is Tiger by Polly Clark. I've been wanting to read something else by the author since I read Larchfield for my RL book club and loved it (much in opposition to rest of the book club...). All I know about Tiger is that it is set in Siberia.

Option No. 2 is The Winter Queen by Boris Akunin.

I'm just jotting them down for now to remind me.