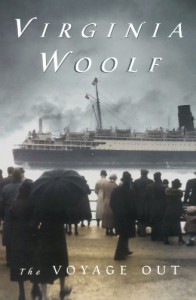 That was the strange thing, that one did not know where one was going, or what one wanted, and followed blindly, suffering so much in secret, always unprepared and amazed and knowing nothing; but one thing led to another and by degrees something had formed itself out of nothing, and so one reached at last this calm, this quiet, this certainty, and it was this process that people called living. Perhaps, then, every one really knew as she knew now where they were going; and things formed themselves into a pattern not only for her, but for them, and in that pattern lay satisfaction and meaning. When she looked back she could see that a meaning of some kind was apparent in the lives of her aunts, and in the brief visit of the Dalloways whom she would never see again, and in the life of her father.

The sound of Terence, breathing deep in his slumber, confirmed her in her calm.

This book has really grown on me.