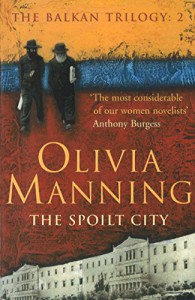 When Guy came in, Harriet was impatient to talk about Codreanu, but he showed no interest. He had heard all the stories before.

“You must admit,” she said, “that the Iron Guard concepts are not so very different from your own.”

Guy glanced up sharply and, with a gesture, indicated that here and now, in the absurdity of this statement, he could pin down the root trouble of the world.

“Codreanu,” he said, “was a murderer, a Jew-baiter and a thug. He had a following of nonentities who wanted only one thing – power at any price.”

“Well, one could give them a chance.”

“Before the war there were quite a lot of sentimentalists like you. They did not realise that while they were being mesmerised and misled by the romantic aspects of fascism, they were being made to sell their souls . . .”

Having used this phrase inadvertently, he paused, and Harriet, feeling ignorant and something of a fool, leapt in with: “If the fascists make you sell your soul, the communists make you deny it.”

Guy grunted and picked up a newspaper. She knew he had no use for religion, seeing it as part of the conspiracy to keep the rich powerful and the poor docile. He was prepared to discuss very little that did not contribute towards a practical improvement in mankind’s condition. Harriet’s own theories, of course, were too simple-minded to matter.

Gaaaaaahhhh....!!!! Why are we still having these same conversations?!?!?!