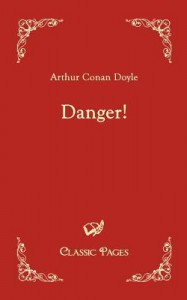 ...in which ACD predicts Britain's predicament as an island during war time (WWI) and the Channel Tunnel!

I thought this was an impressive story and much more considerate and much less full of pompous chauvinism than The Riddle of the Sands. It was realistic and, in turn, quite scary, which was not doubt intended as ACD wrote the story to catch the attention of the Admiralty.

This story was written 18 months before the outbreak of the First World War, so don't let me get started on how idiotic it is that only a year ago some cabinet ministers didn't realise the challenges that being an island poses.