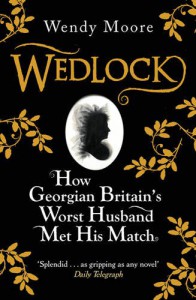 Damn. Moore's description of the divorce case is fab. And I am also reminded to pick up a book on Lord Mansfield.

And @Moonlight Reader, we have a book-crossover:

Just like the fictional Jarndyce v Jarndyce case in Dickens’s Bleak House, Bowes v Bowes would drag on almost interminably, run up immense costs and blight the lives of scores of innocent descendants and dependants. Affecting the farms, homes and livelihoods of the many servants, tenants and miners whose families had been reliant on the Bowes estate for centuries, just as in Bleak House, children would be born into the suit, marry into it and die out of it. And although the Chancery caseload had not yet approached the mountainous heights or its deliberations the ponderous lengths of the early nineteenth century as lampooned by Dickens, those affected by the Bowes cause would doubtless have echoed the author’s description that, ‘it’s being ground to bits in a slow mill; it’s being roasted at a slow fire; it’s being stung to death by single bees; it’s being drowned by drops; it’s going mad by grains’.

It's not just that Moore refers to Bleak House but I believe Lord Eldon, who played a part in the Bowes case, is one of the figures that Dickens makes fun of in Bleak House, too.