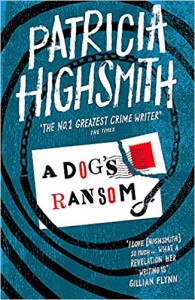 But the next thing Clarence heard was the gentle hum of a dial tone. He put the telephone down, and slammed the back of his fist against his forehead in an agony of shock and shame. ‘God!’ He took off his tie and opened his collar. He’d go straight to the Pole’s pad and scare the hell out of him.

Clarence is such an idiot.

Unfortunately, the story doesn't give a lot of conundrums or fiery scenes. There are some interesting observations and character development, but this isn't one of the Highsmith books that puts the reader on edge.

Still better than A Game for the Living, but it isn't classic Highsmith.