The garage was big enough for five cars, though they had only two. Vic had had it built so that he could use part of it as a work room, keep his tools and his boxes of plants, his snail aquaria, or whatever else he happened to be interested in or experimenting with that took space, all in apple-pie order, and still have enough room to walk around in.

He moved as a kind of protest against the stupidity of her affair (that was about all he had ever criticized Larry for, his stupidity), but after a few weeks when he had his microscope and his books in the room with him and he discovered how easy it was to get up in the night without worrying about disturbing Melinda and look at the stars or watch his snails that were more active at night than in the daytime, Vic decided that he preferred the room to the bedroom.

Ok, not only do we have a messed up couple, but we also learn that Victor is the original "snail watcher". This will make more sense to anyone who has read Highsmith's short stories on the very topic.

She herself had a snail collection, used to carry them about in her handbag, and is even said to have smuggled them into France. I'm really trying not to think about details too much but for those of you who are interested, Andrew Wilson gives a very good summary of Highsmith's fondness for gastropods in his biography of the author:

"Pat was still fascinated by the creatures she had first encountered in 1946 and she housed 300 snails in her back garden in Suffolk. According to those who knew her she became so fond of them she couldn’t travel without them.

‘After staying with her at her house in Suffolk, I met her the following week at a cocktail party in London,’ says Peter Thomson. ‘She walked in with this gigantic handbag, which she then opened with pride and which contained a hundred snails and an enormous head of lettuce. She absolutely adored the snails, they were her companions for the evening.’

Her editor at Doubleday, Larry Ashmead, recalls that when Highsmith moved to France in 1967, she told him that she smuggled her pet snails into the country under her breasts. ‘You couldn’t take live snails into France so she was sneaking them in under her breasts,’ he says. ‘And that wasn’t just on one trip – no, she kept going back and forth. She said that she would take six to ten of the creatures under each breast every time she went. And she wasn’t joking – she was very serious.’ " 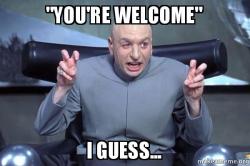