I've needed today to just relax and do some over-due household chores...so there was not a lot of excitement today. But, I was also recovering from a very, very windswept day out with friends yesterday. 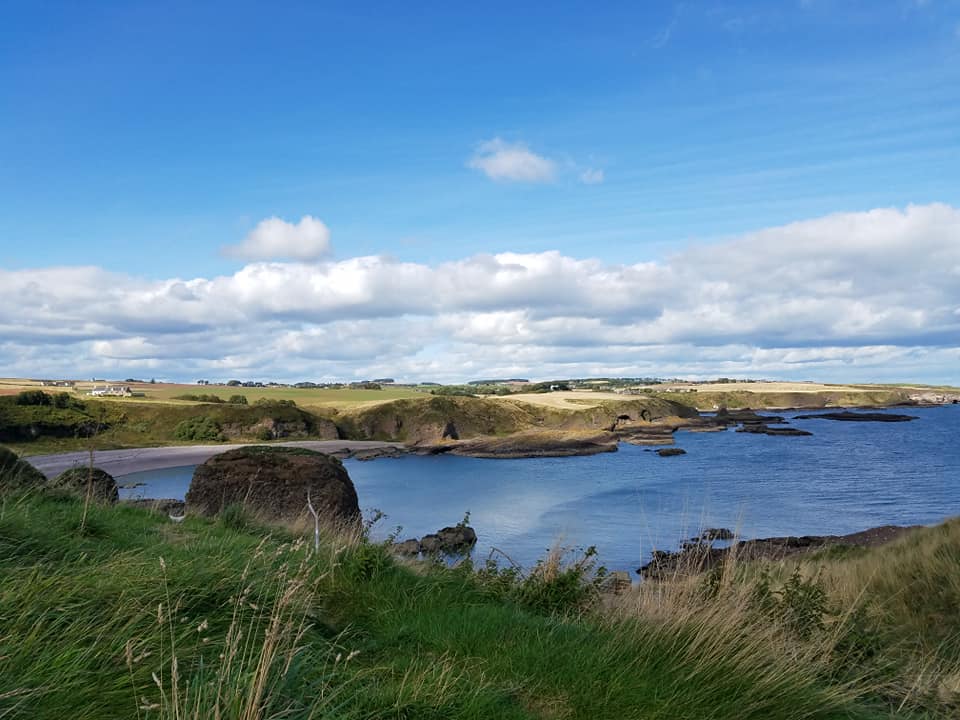 Just as we had the city's Doors Open Day last week, yesterday and today the Shire held a similar event.

So, a couple of friends and I jumped at the chance of a wee road trip on a gorgeous day to see Tod Head Lighthouse.

Tod Head was built in 1897, much later than the famous lighthouses built by Robert Stevenson (such as the famous Bell Rock built between 1807 and 1810), but it follows the same sort of design as the earlier buildings - and you can pretty much spot a Stevenson lighthouse based on the outline shape.

Tod Head was decommissioned in 2007 and has been private property since. This is why it was such a special event to be able to have look at the lighthouse from up close - it is not one that is open to the public on any other day of the year. 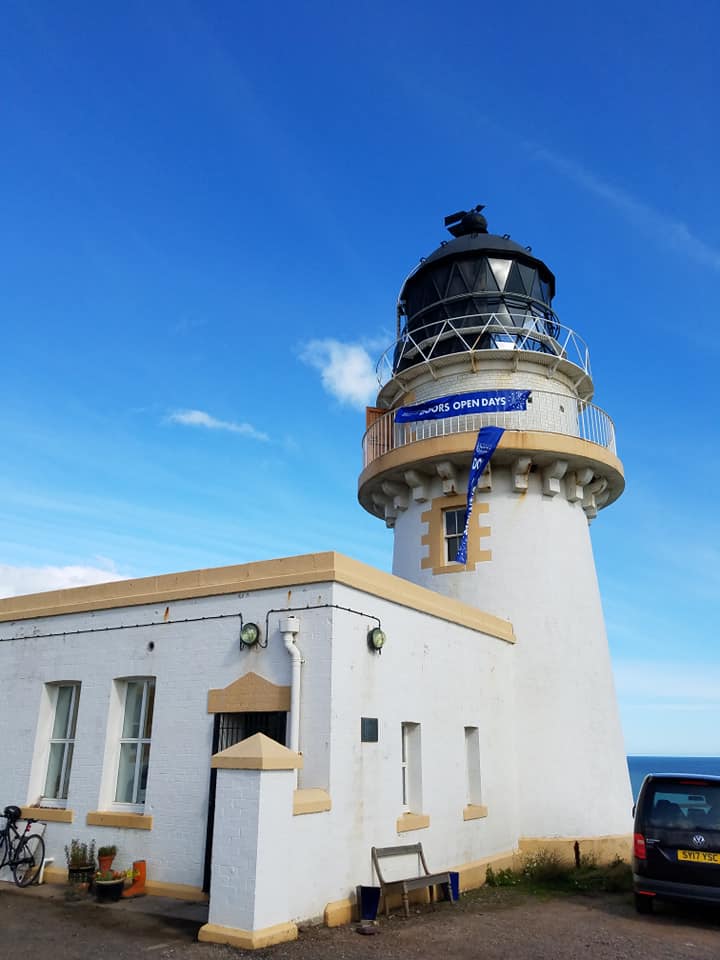 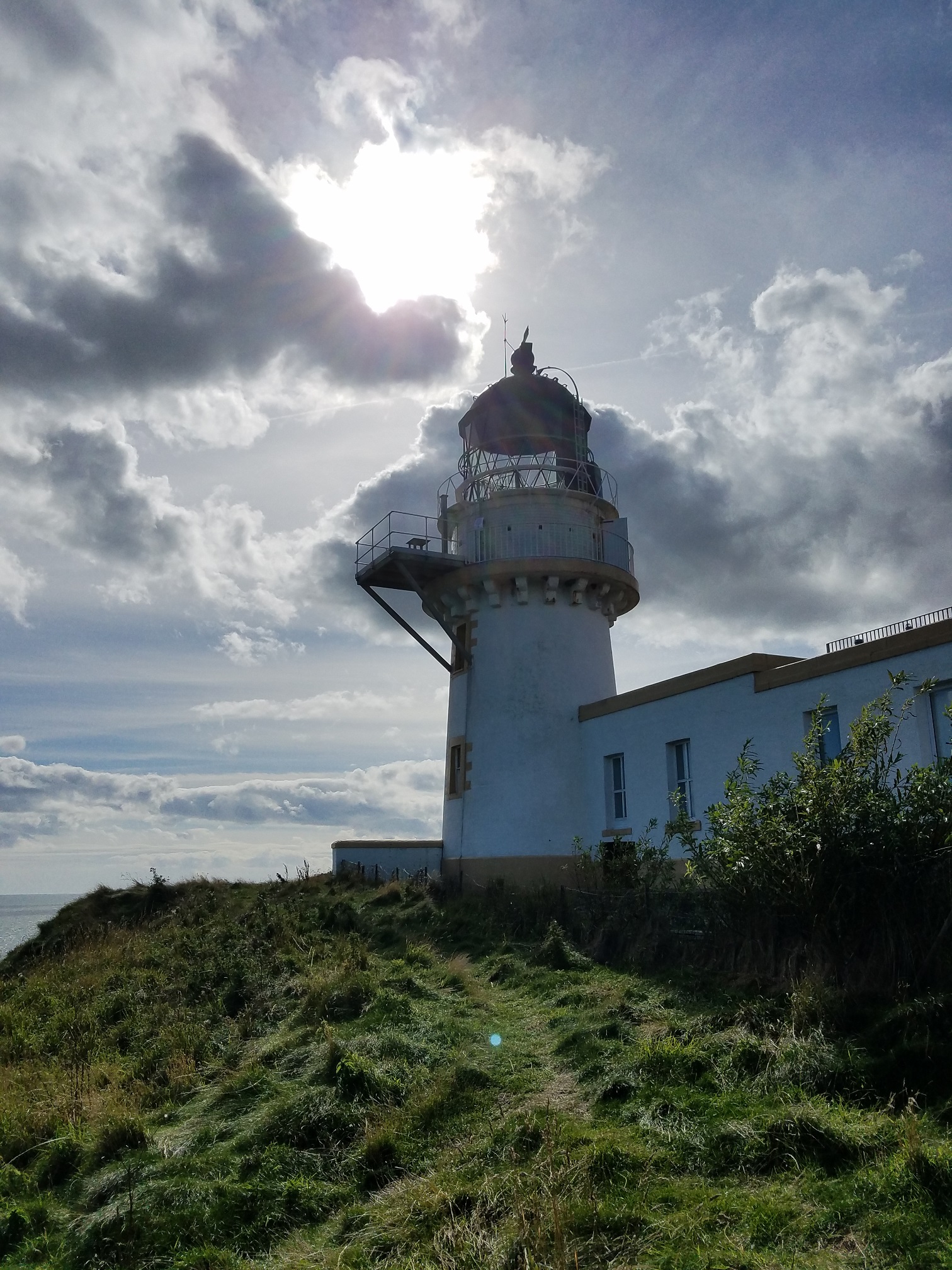 We arrived at the lighthouse a few minutes early and spent a few minutes braving the strong wind and communing with the resident rescue chickens, while the owners took the opportunity to grab some late lunch. Apparently they had visitors since 10 am and had been rushed off their feet all day. I believe it. It is a fabulous spot and even tho they had organised a booking system (all free of charge but there is limited parking), people just dropped by in a constant stream.

Anyway, we had some fun with the chickens. They had a lot character and liked shoe laces. When we got back to the front of the building, one chicken had followed us and managed to completely freak out one of the visitors just by freely roaming in the garden. I don't know, but I felt sorry for the chicken more than I was for the lady who apparently was not expecting animals to roam the property...even tho you had to pass by several farms complete with cows and sheep to get to the lighthouse. It was weird. It was also kinda funny. 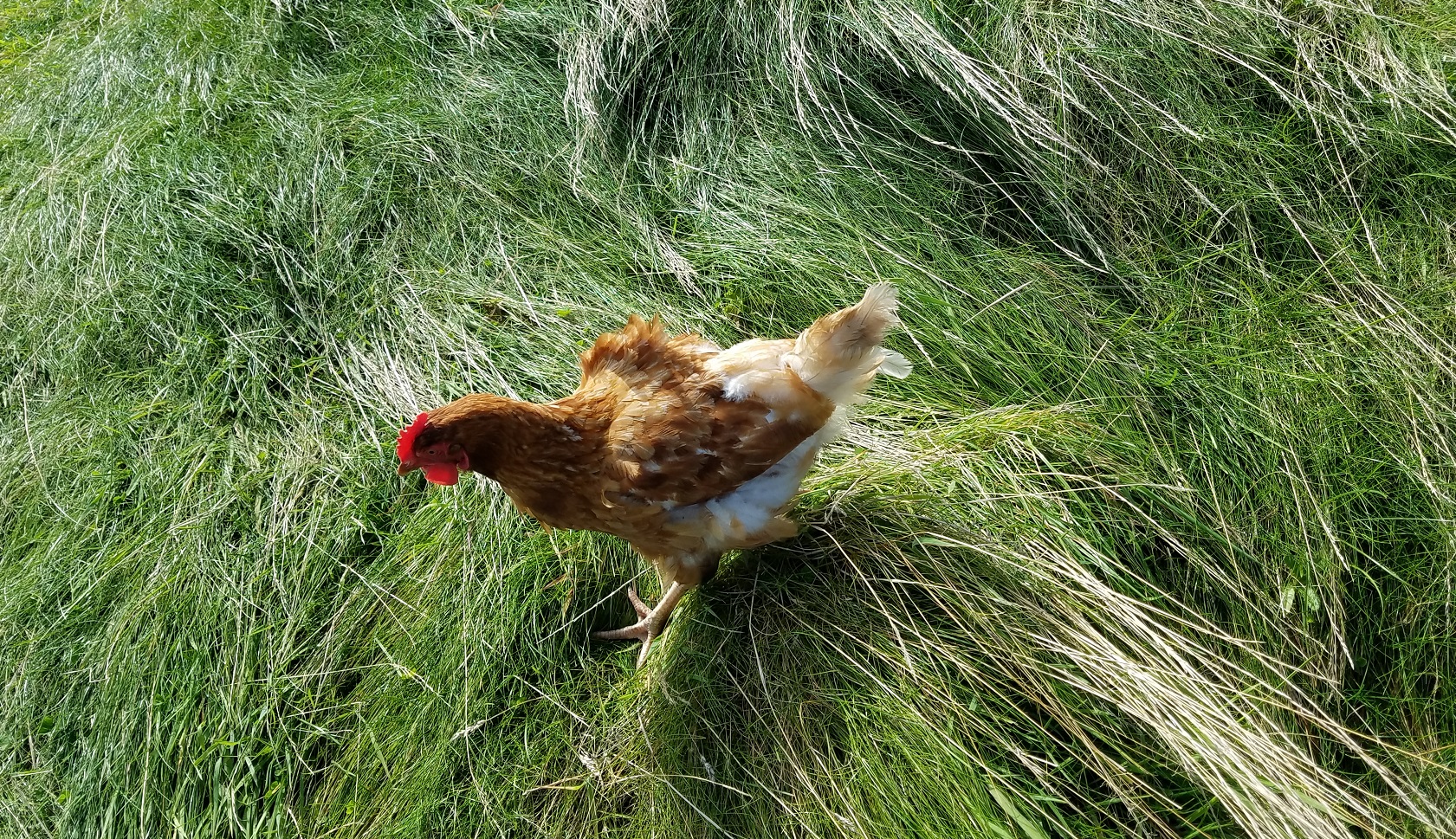 This is the chicken that caused so much terror.

The funniest thing that happened, however, was that just when people started to leave the lighthouse, a couple of sheep decided to go for a leisurely wander on the single road track that led back to the road. And the lady who had earlier been terrorised by a member of the poultry gang was the second car stuck behind the sheep. Luckily, the first car were a couple of young guys, one of whom got out and tried to drive the sheep along without stressing them out too much.

Now, I don't know about you, but from what I know about sheep, I have a feeling the two were doing this all day long - messing with visitors, popping on the road for a walk down to the other field whenever there was a car in sight.

Anyway, the lighthouse was lovely, but the animals made our day yesterday.

As I mentioned, I mainly did some home maintenance today, which also included some cooking. I was in the mood for something light, so tried a variation of this Egg Drop Soup.

The variation was that I used vegetable bouillon and, just because I seem to simply be incapable of following recipes, I added some sweetcorn and peas and half a fresh red chili pepper. 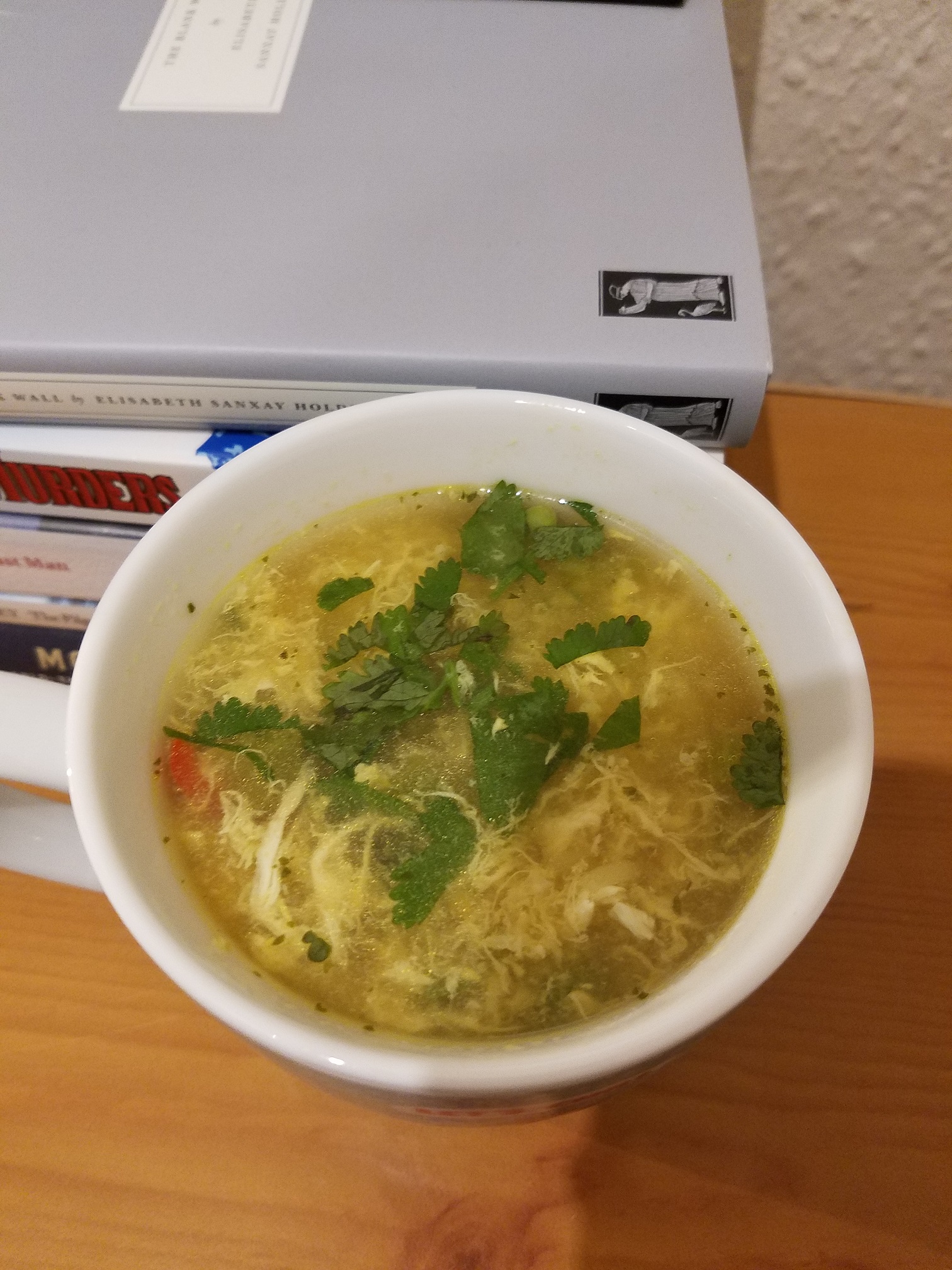 No chickens were harmed in making this soup.

It was tasty, but not exactly filling. It did go well with with a sandwich on the side, tho.