I'll be away for the next couple of days. 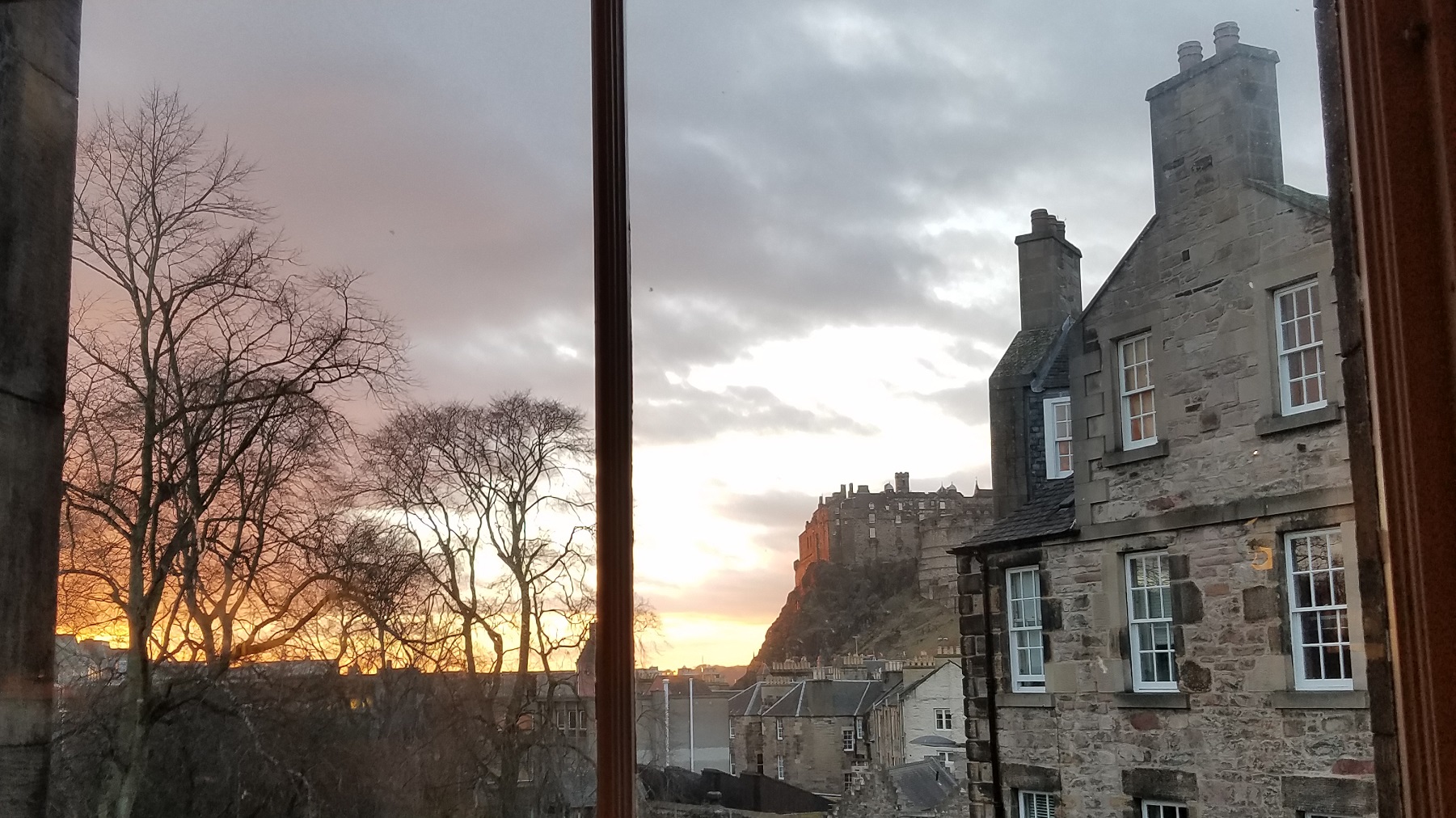 (View from the Elephant House Cafe, known to the world largely because some of the story of a certain wizard was written here. It's a lovely cafe even without that connection.)

It's time again for the Edinburgh Festival and I'll be in the in the throng of the mayhem. Well, not quite...I'll be the person going to the performances at the fringes of The Fringe and nowhere near the Royal Mile or High Street because the crowds in that area are just way.too.much.

So, I'll be galavanting around the quieter(ish) parts.

I've already started off on a high note with a gin tasting that was also combined with a musical performance. It was pretty good, but I would not call it "cabaret" (as the event's description claimed). But that is the Edinburgh Festival for you - lots to try out, most will not be anything like the description in the programme, but you just need to roll with it. Also, did I mention that the even included a gin tasting? It's all good.

I have a couple of other things planned for tomorrow but other than that, I'll just see where the fates of the festival will take me.