The Sunday Post: Macbeth Country, well more of it... sort of.

By Sinel’s death I know I am Thane of Glamis;

But how of Cawdor? The Thane of Cawdor lives,

A prosperous gentleman; and to be King

Stands not within the prospect of belief,

No more than to be Cawdor. Say from whence

You owe this strange intelligence, or why

Upon this blasted heath you stop our way

With such prophetic greeting? Speak, I charge you.

“I wish the Bard had never written his damned play!” 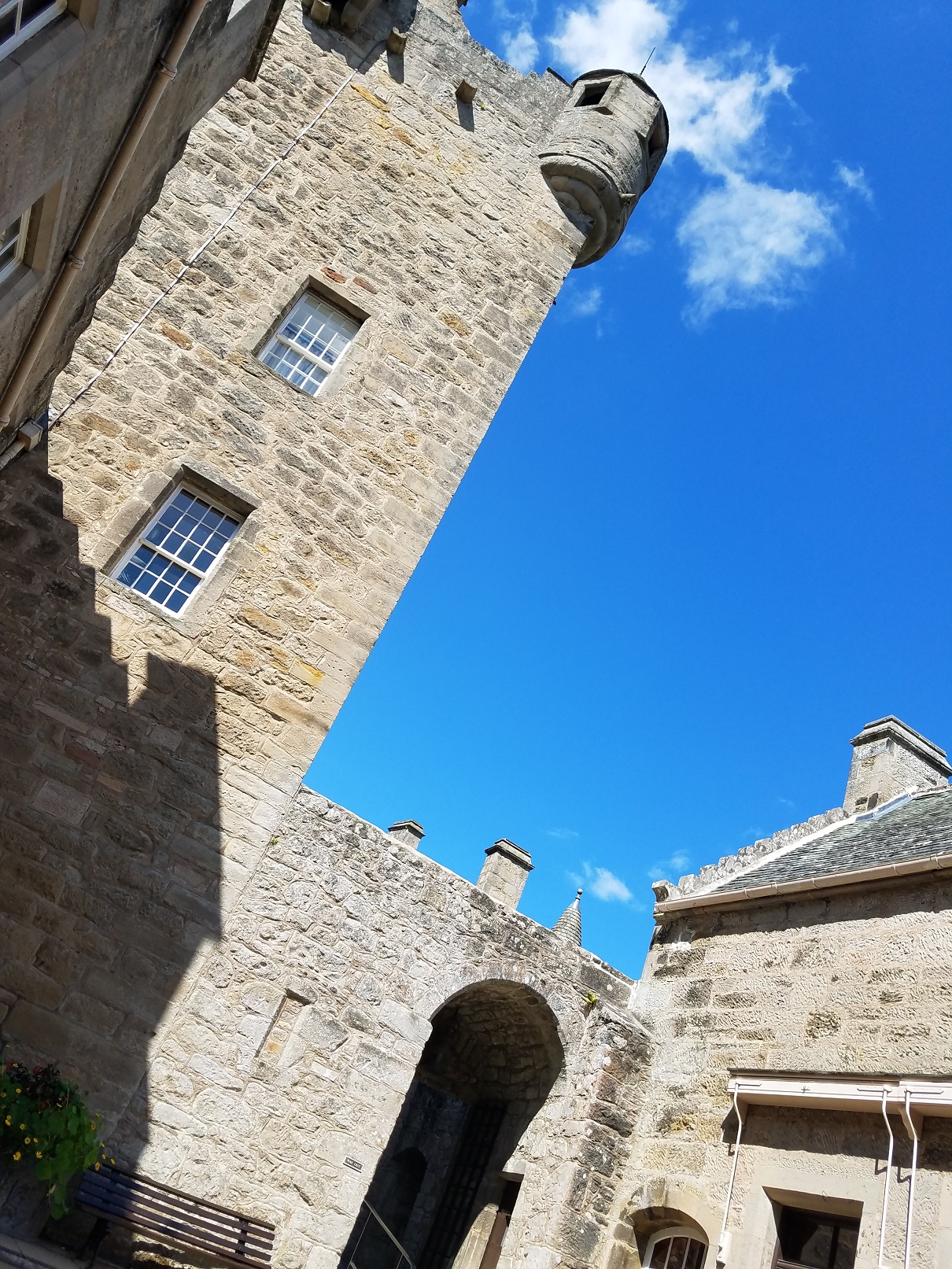 It's been a stressful and rather frustrating week at BT HQ last which started with some-Brexit induced admin nightmare, which needed me to seek out the an appointment at Glasgow City Council on Monday because none of the council offices closer to home, i.e. on the other side of the country, were able to offer the required services. This was pretty stressful in itself (had to take a day off work on short notice and nearly panicked when sitting down for getting paperwork checked etc. it looked like I might have misplaced a bit of it ... it did re-appear in a different pile ... but that was one long minute of near panic) but a few days after I received a call from the council officer whose only task in this whole process was to take copies: the copies had turned out blurry and could I "pop in" for another round?

So, several calls with people on withheld numbers and the local Chief Registrar later, we got another plan of action.

As it turns out, if I had submitted my paperwork a few days later, there would have been no need to trek to Glasgow because my local council will start offering the same admin service on Monday. Monday as in from tomorrow. And by local I mean the council office that is is a 10 minute walk away. But of course this was not announced anywhere least of all on the relevant government websites... GAAAAAHH!!!!

Tuesday brought with it a minor surgery - nothing serious, but it needed to be done - which went very well apart from some slight discomfort and the weird experience of asking the consultant to stop telling me in detail what he was about to do. I'm not exaggerating when I tell people that I can't read gory horror stories or thrillers... The descriptions really make me queasy. And as I found out, being at the receiving end of even a minor surgical procedure while being told the descriptions and wherefores of incisions etc. does not make me feel any comfortable at all.

Apparently, my request that the consultant stop the narration and get on with the procedure was unusual and a lot of people want to know the details. Well, each to their own. I now know that I'd rather know the plan step-by-step beforehand but not during.

The rest of this week was a bit of a mess really, but not being one for moping about in fine weather (even if I wasn't allowed to play tennis - because sutures...), I figured it was a fine day for exploring a castle that I had not been to, yet.

Cawdor Castle, near Nairn in the north of Scotland had been on my list for a long, long time. As some of you may know, I have a bit of a thing for Macbeth - both Shakespeare's version and the historical figure - and one of my other favourite castles to spend time at is Glamis (near Forfar), but I just had not had a chance to make the trip to Cawdor (about 3 hours of leisurely driving in good weather).

It was a fabulous decision. I mean just look at this beauty of a castle: 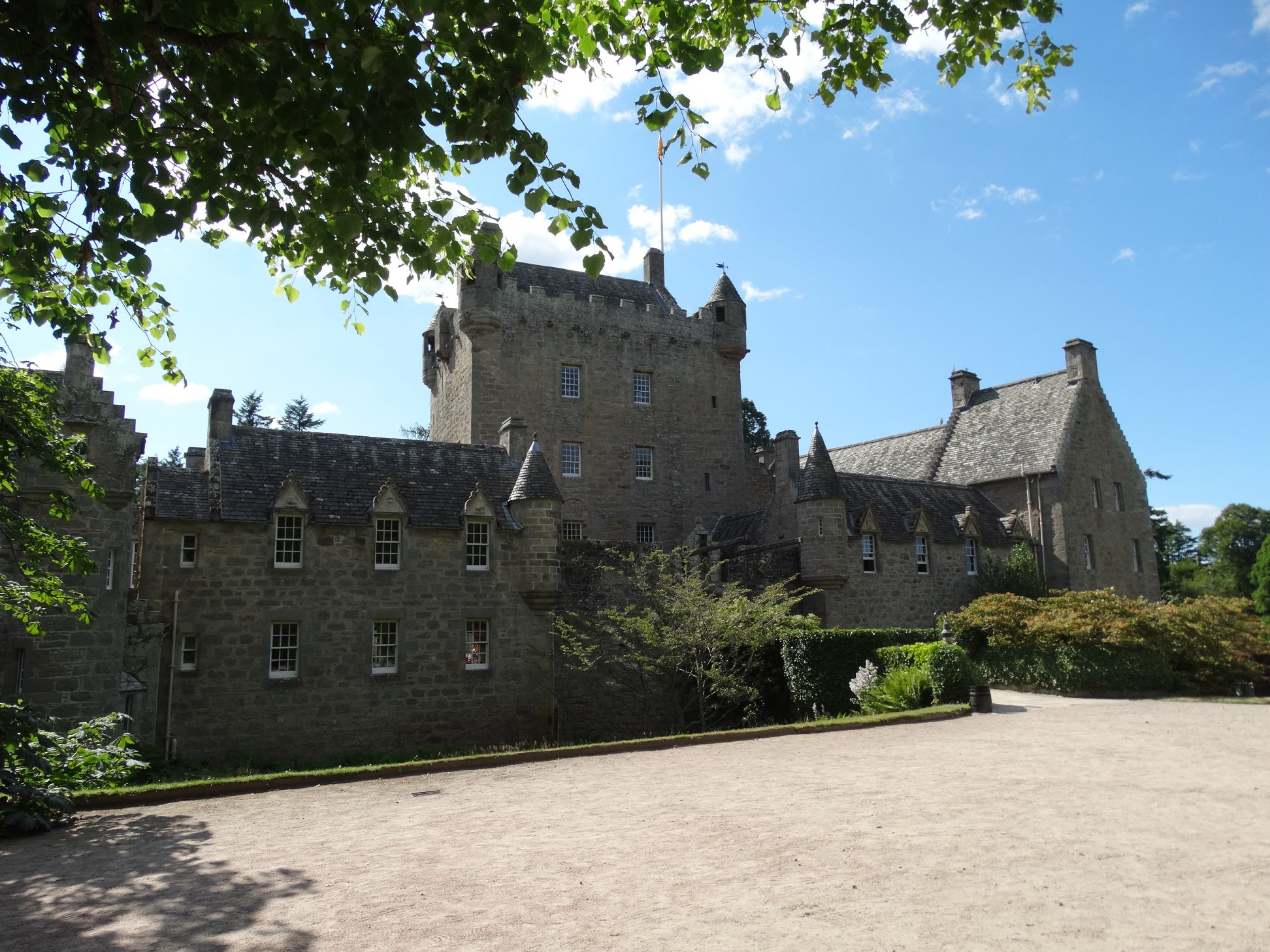 And the inside of it was just so ... let me show you because they had no problems with people taking plenty of photos of the amazing place: 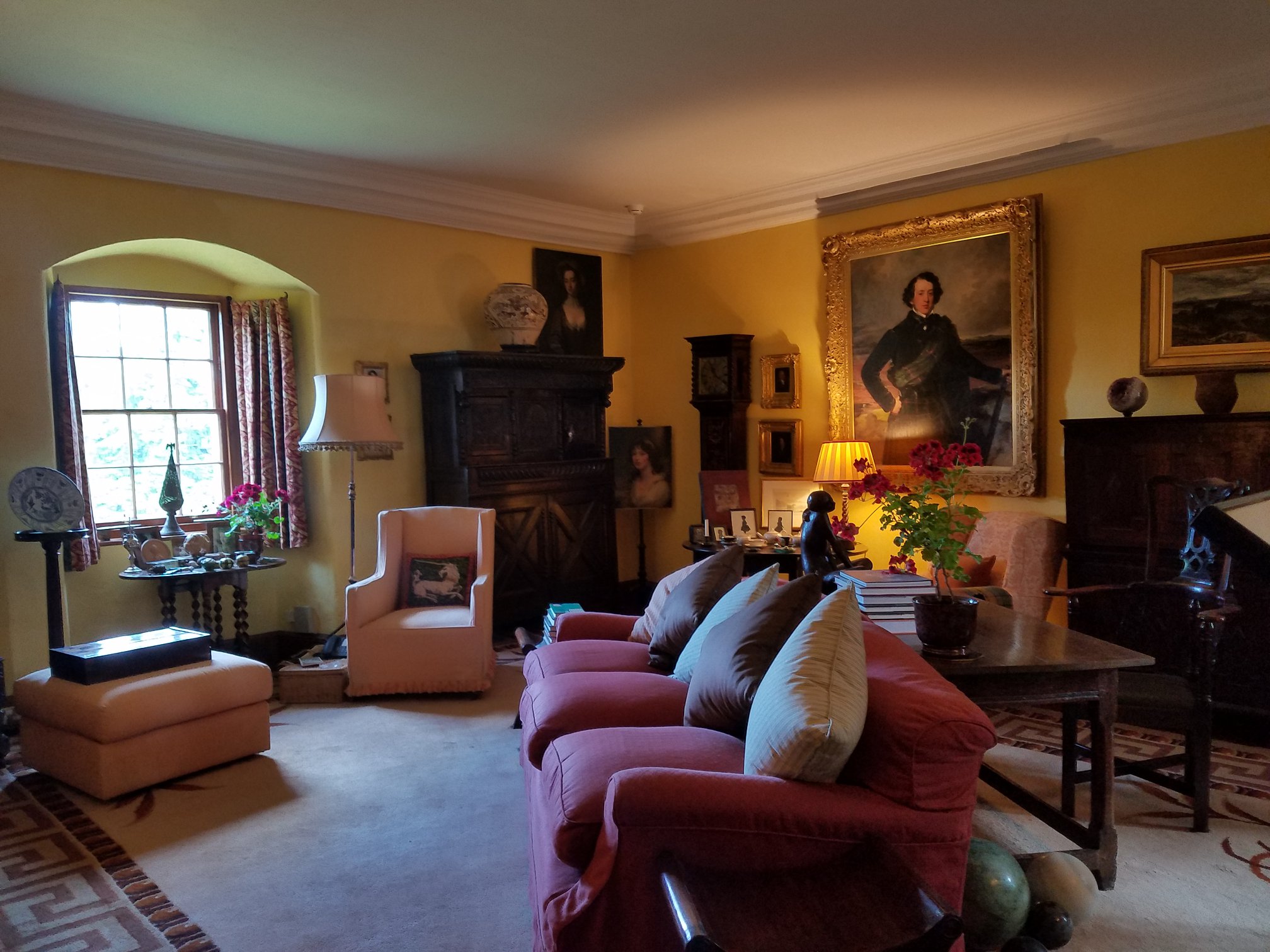 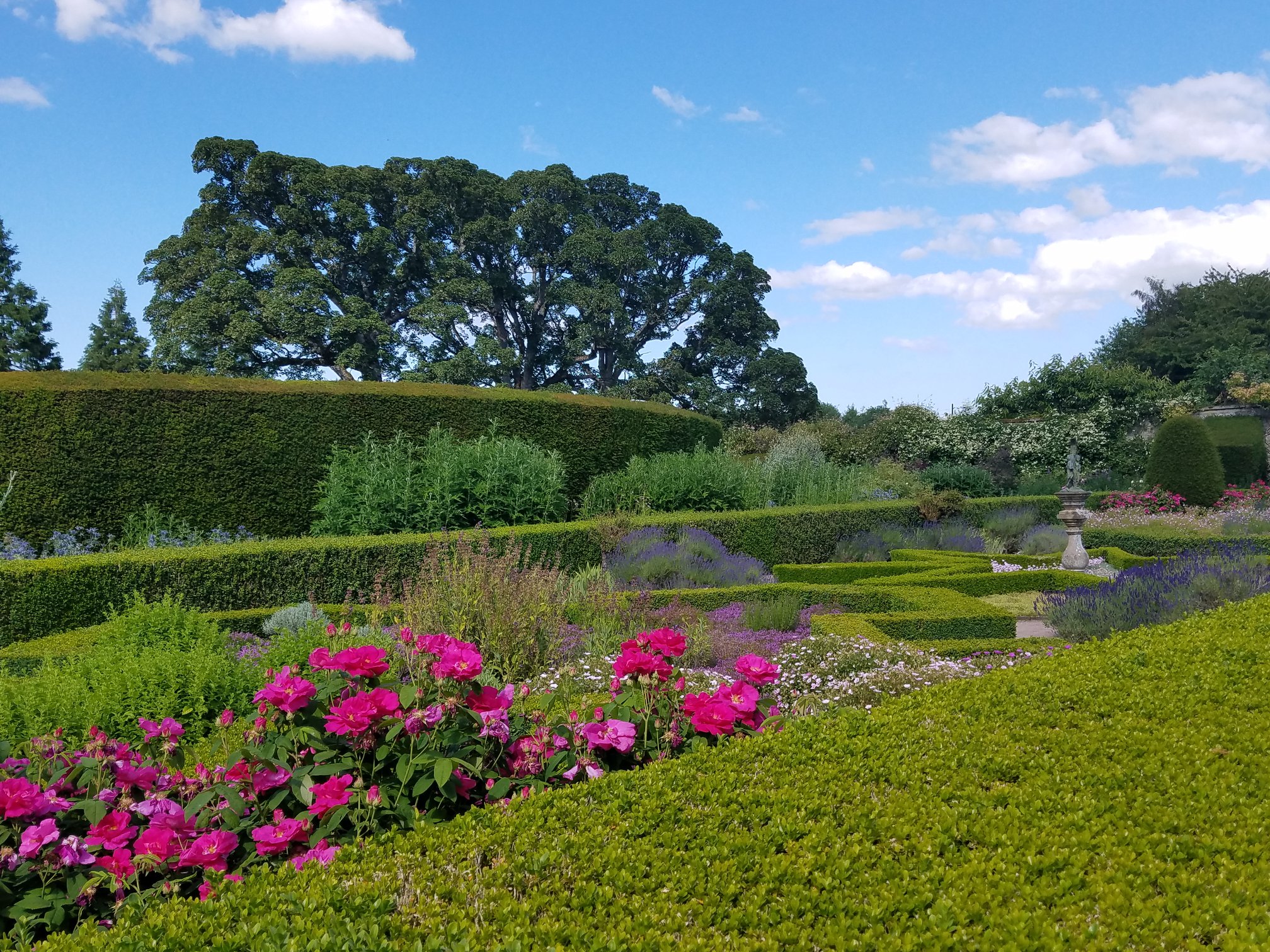 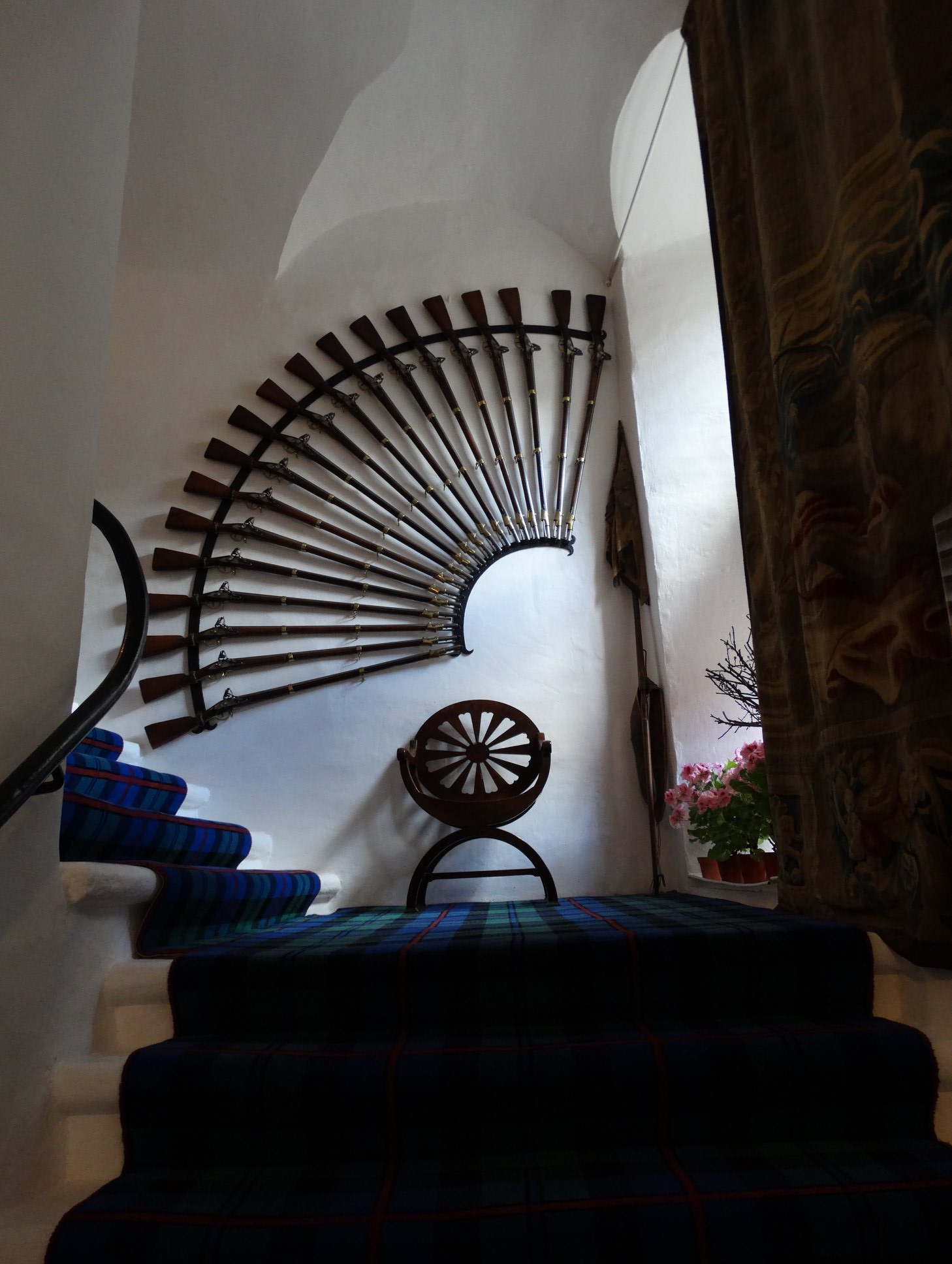 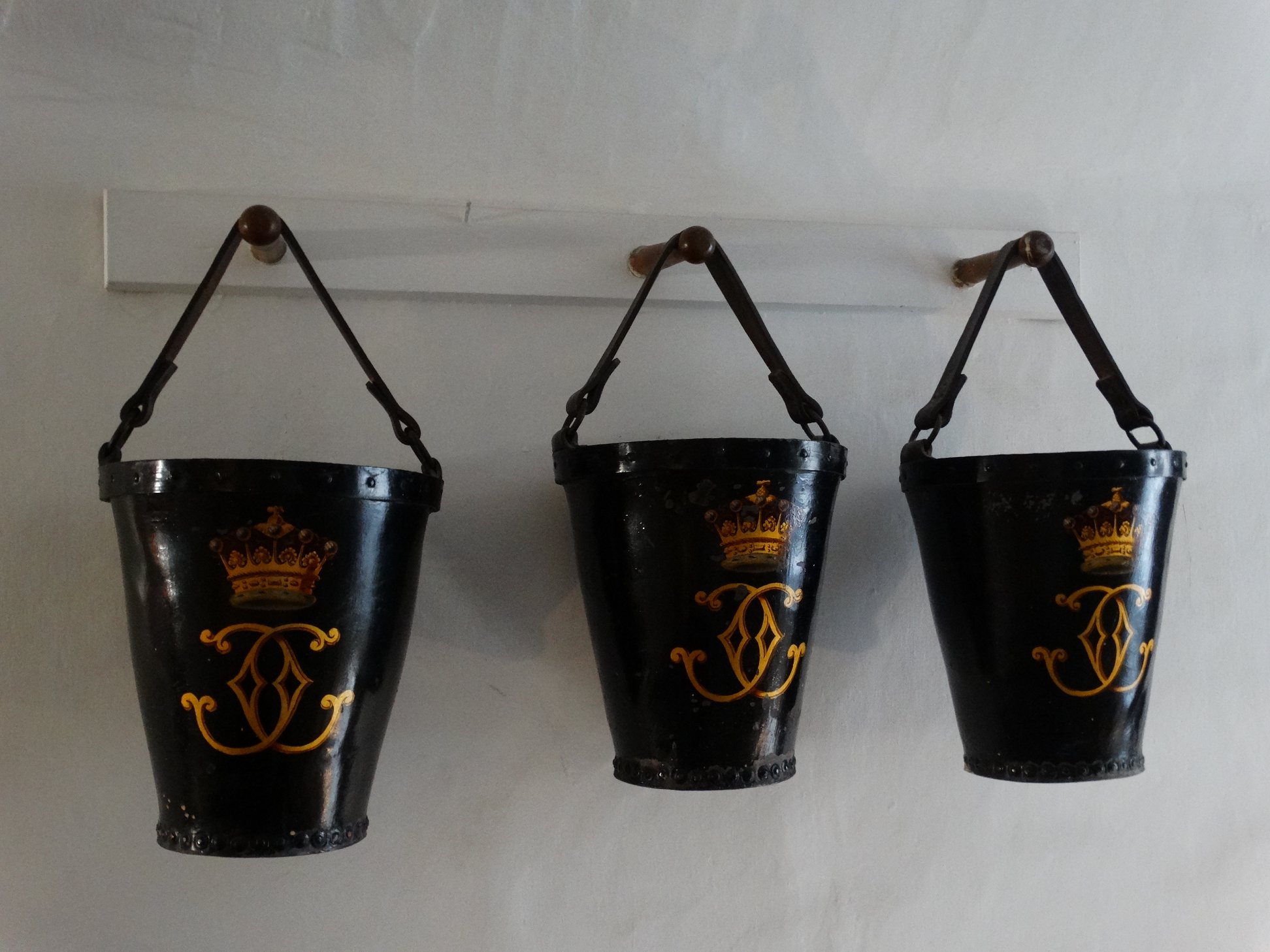 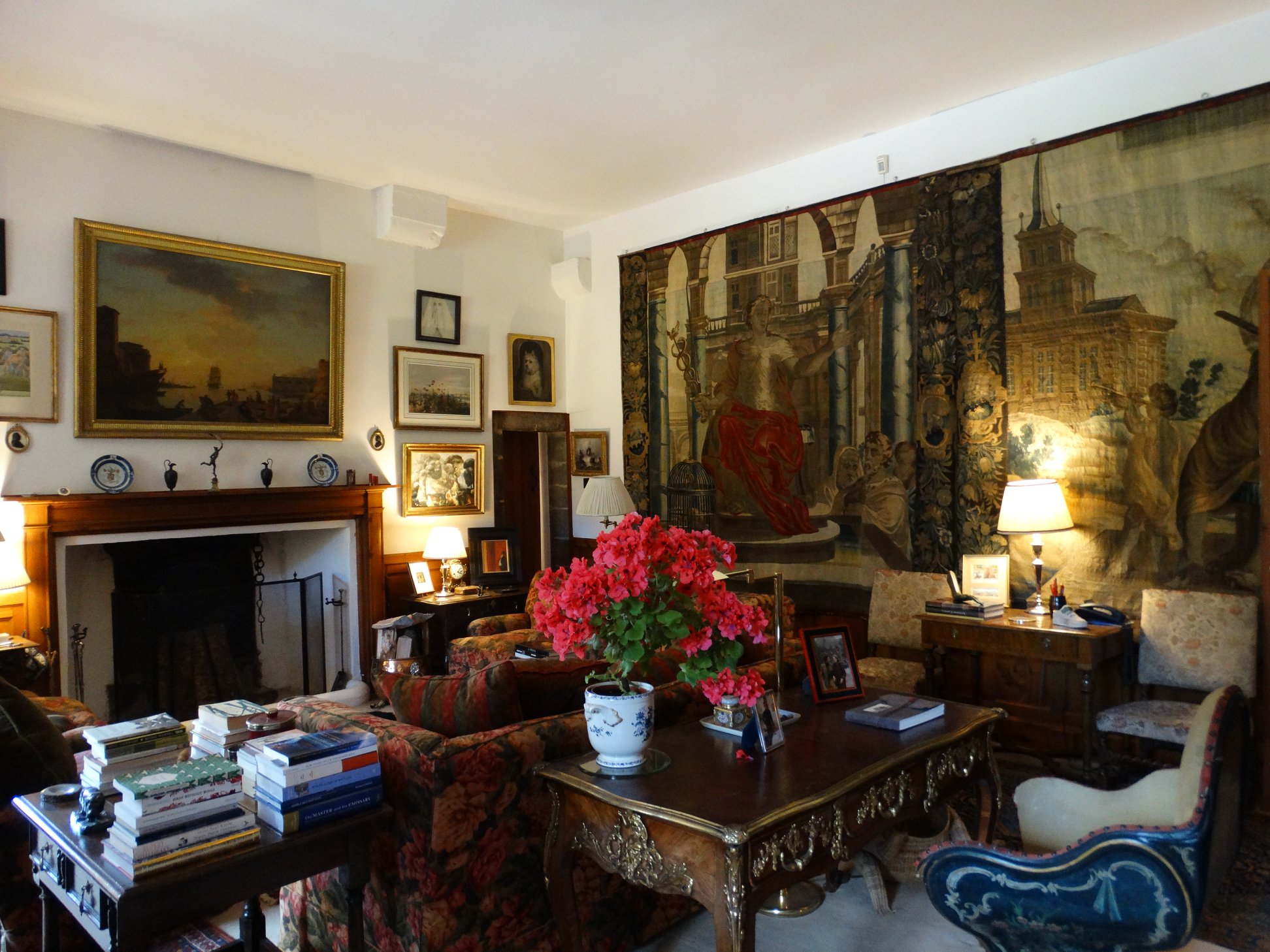 Just look at them BOOKS! It's a lived in castle. The Dowager Countess does still live there and as one lady-in-a-hurry told me in passing, she does do most of the administration of the castle herself. 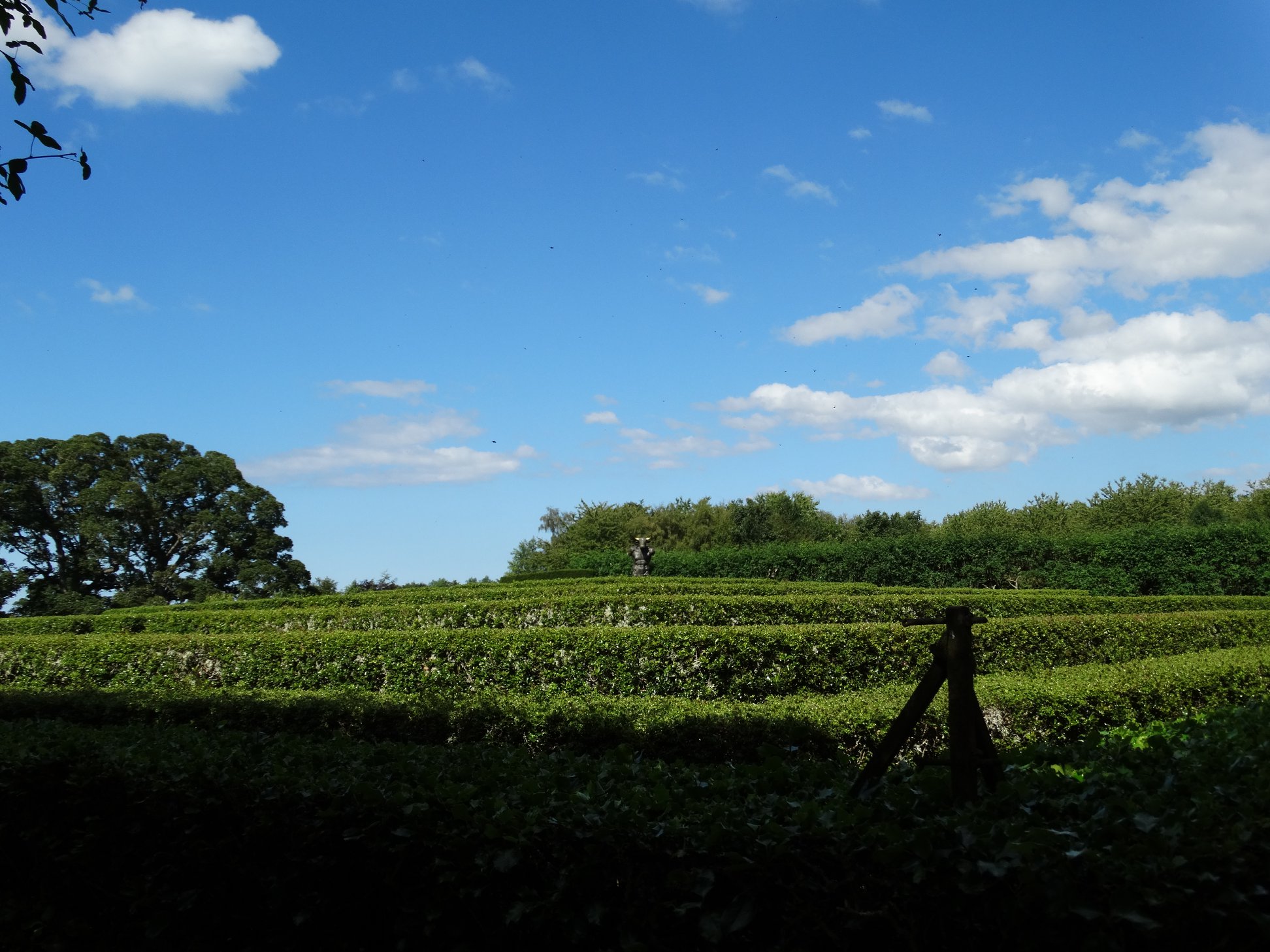 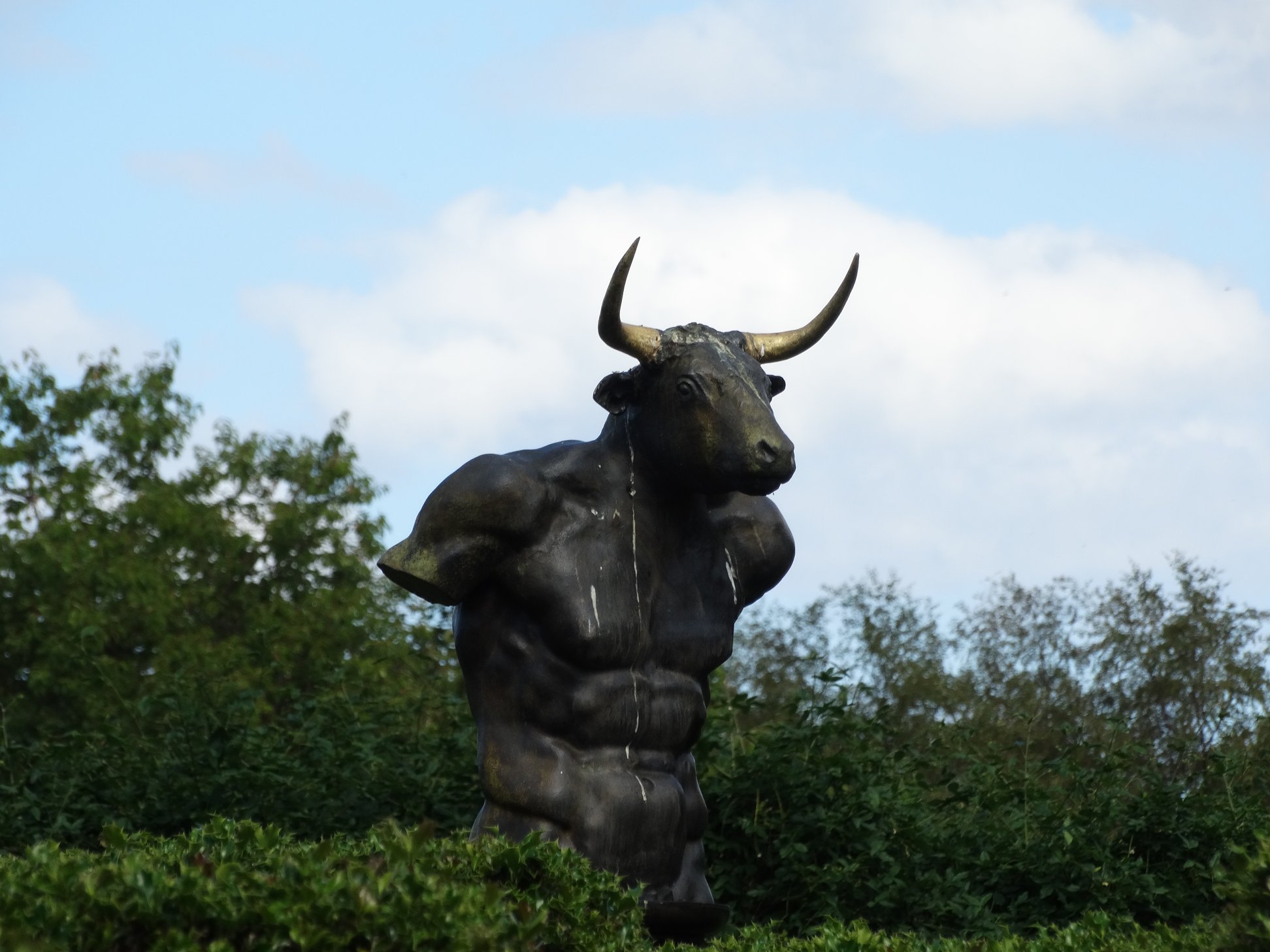 The castle was built in the late 14th, early 15th century. As the official guide book says:

"A new higher, harder site was chosen (traditionally by a donkey rather than by an architect - creatures with much in common), and as this rocky position was water-bearing yet firm, it could provide both a drinking-well and a strong foundation.

The tall, plain rectangular tower-house consisted of four storeys and a garret, served by a turnpike stair, and with one entrance to the outside world set at upper first floor level: the perfect design to keep out tourists."

So, what's the connection with Shakespeare?

Well, Macbeth (1005 - 1057) was real, but he was not a Thane of Cawdor (nor of Glamis btw.). King Duncan was killed, but he was killed in outright battle by Macbeth's troops, not in his sleep while being a guest under Macbeth's roof.

And as for the roof itself: The play was written in 1606 but not printed until 1632, i.e. after Shakespeare's death. However, the places described in the play were apparently added quite late in the play's publication history. So, can we really know whether the locations in the published versions are the ones Shakespeare intended?

Even if so, Cawdor was not one of them. The play notes Macbeth's castle near Inverness, but this could just as well have meant the original Inverness Castle or another castle in the area - there are several - or it could have just all been invented. After all, it's a play!

Most of all, of course, the possibility of the Cawdor Castle being the location of that gruesome midnight murder that lost King Duncan his life, Macbeth his sleep, and Lady Macbeth her mind, blows up in a puff of smoke when you look at the dates: the castle wasn't built until the 1400s and the previous castle near Nairn (about 5 miles away) was also built over a hundred years after Kind Duncan's death.

So, I get that the Campbells, the owners of the castle, get a bit touchy every time some fan of the play takes Shakespeare's play as historical fact. There should be space enough in people's heads to hold both versions and people should have the critical thinking skills to be able to make the distinction between fact and fiction. Otherwise, we are letting entertainment and propaganda form our opinions and write our history books.