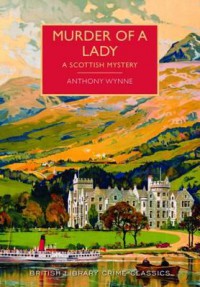 “As a psychologist,” Barley assured him, “you cannot but be aware of the demoralizing effect of fear even on the strongest characters. It corrodes, as rust corrodes iron. It demoralizes. Fear is one of the nursing mothers of crime. Like greed. Like jealousy. McDonald was afraid; Mrs. Eoghan was afraid. They were mice in the presence of the cat. The time was approaching when the cat would pounce…”

He threw himself back with staring eyes and open mouth. His thoughts seemed to coil round his head like smoke.

I'm generally not fond of a psychologist having a part in a mystery. (Except, for Mrs Bradley. But then she's different.) Ironically, tho, in this one the psychologist doesn't go about using his profession as a substitute for old-fashioned sleuthing.

All the psycho-babble seems to come from the police...