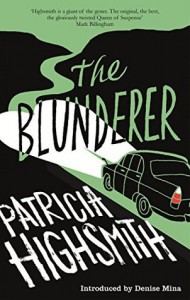 Chad had recommended him more highly than he deserved to a legal advisory firm known as Cross, Martinson and Buchman. Chad was a good friend of Martinson. The firm paid Walter a senior lawyer’s salary, though Walter was only thirty. If not for Chad, Walter thought, they wouldn’t be sitting in the Lobster Pot drinking imported Riesling at that moment. Walter supposed he would have to ask Chad to lunch some time in Manhattan. Or lie to Clara and spend an evening with him. Or maybe not lie to her, just tell her.

Walter drew on his cigarette.

‘Smoking in the middle of your meal?’ The food had arrived.

Walter put the cigarette out, with deliberate calm, in the ashtray.

‘Don’t you agree he owes us something? A bunch of flowers, at least?’

‘But why that horrid tone?’

‘Because I like Chad, and if we keep on boycotting him the logical result is that we’ll lose him as a friend. Just as we lost the Whitneys.’

‘We have not lost the Whitneys. You seem to think you’ve got to lick people’s boots and take all their insults to keep them as friends. I’ve never seen anybody so concerned with whether every Tom, Dick and Harry likes you or not!’

Ok, Walter and Clara strike me as equally messed up as the couple, Frank and April Wheeler, in Richard Yates' Revolutionary Road.

Many thanks to Lillelara for inspiring me to start this. I had been looking for an audiobook to enjoy while doing household chores today, and this one seemed to be engaging enough to make me not think about the monotony of dusting etc. too much.