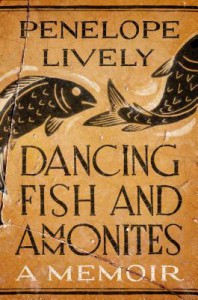 I have lots of stuff to get on with this afternoon, but have spent the last 30 minutes glued to Lively's book - I won't call it "memoir". It's only partly a memoir. - in particular to her discussion of the Suez Crisis.

I couldn’t be at the meeting, not being a senior member of the university, but I remember vividly the heightened atmosphere of that time, the urgency of the newspapers, the climate of discussion, of argument, and eventually, for many of us, of outrage. For me, what was happening had a personal dimension – here was my own country dropping bombs on the country I still thought of as a kind of home. The Suez crisis was a baptism of fire, a political awakening, the recognition that you could and should quarrel with government, that you could disagree and disapprove.

I really want to re-read Moon Tiger after this book. Not because it also looks at Suez, but because it has a similar theme in that the MC looks at her own life and ties it to current event of the time.

Also, as some of you know, I have had some rough reading experiences with the RL book group I sort of joined last year. Dancing Fish and Ammonites is their choice for February and I cannot wait to see what they all thought about. It also is the first one I'm reading with that group that I really like. (In fairness, they had picked Rebecca a few months ago, but I was too busy with something else to re-read it.)