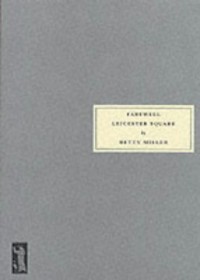 "He had a vision of the contemporary situation: country after country shutting its doors. Unlovely panic.... Comprehensible, though. The instinct of self-preservation.... He thought of what Catherine had said to him once: We are all guilty of hammering on the knuckles of those who try to climb into our boat.... That was what they were doing, those doctors, those lawyers who protested against the 'influx' of refugee doctors, lawyers.... What we want, he thought, is the Barnardo spirit in politics. The Ever-Open Door. No Really Destitute Person Ever Refused Admission.... But the morality which governs people in their private lives is not incumbent upon them as a nation. On the contrary. The policy is No Really Destitute Person Ever Granted Admission. The Ever-Bolted Door. At the same time he blamed no one. Unflinchingly honest with himself, he realized that he himself might well be equally indifferent if he were one of the fortunate; the secure..."

I must admit that the premise of the book and its importance as a record of zeitgeist and social attitudes is far more interesting than the story itself.

There is no pacey plot to talk of, no grand drama, no twists. Much of this book consists of descriptions of the mundane, often riddled with a lot of detail. For much of this book, I was really bored.

However, Miller shines at creating characters that have a compelling inner life, and her descriptions of the interaction between the main character and his wife, Alec and Catherine, and the people around them are fascinating because they are so well written. When Alec and Catherine, have an argument, the are no outbursts. The tension and frustration are built by subtlety in their conversations, and by a lot of inner monologue which unveils Alec's struggle with his identity as "the other" in a society that demands conformity. Catherine is no less interesting. In fact, I preferred reading about her thoughts in some way. She's the ally that is never really allowed to be a part of her cause. It's compelling stuff, especially at a time when allies were needed. Still are.

It's sad of course, that the underlying criticism that Miller voices in this book, is still a current issue - regardless of whether "the other" is applied to religious or cultural differences. But this also makes the book an interesting and timely read even though the book and its author have become rather obscure. I love finding these gems. And I adore Persephone Books for re-printing them.