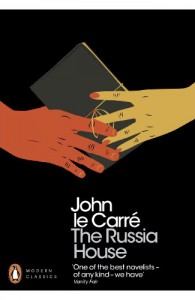 Joining the stream he let it carry him, not caring which way he went. By contrast with his determinedly contented mood the early food queues had a restless and unsettled look. The grim-suited labour heroes and war veterans, their breast-plates of medals jingling in the sunlight as they waded through the crowds, had an air of being late for wherever they were marching. Even their sloth seemed to have an air of protest. In the new climate, doing nothing was itself an act of opposition. Because by doing nothing we change nothing. And by changing nothing we hang on to what we understand, even if it is the bars of our own gaol.

So good. Especially after I finished a re-read of Thunderball just yesterday. Just the right mix of thriller and satire.