Friedrich Dürrenmatt wrote Das Versprechen (published in English as The Pledge) after he was asked to write a film script for a project that would end up being one of the seminal moments of German/Swiss film making: Es geschah am hellichten Tag (It Happened in Broad Daylight). 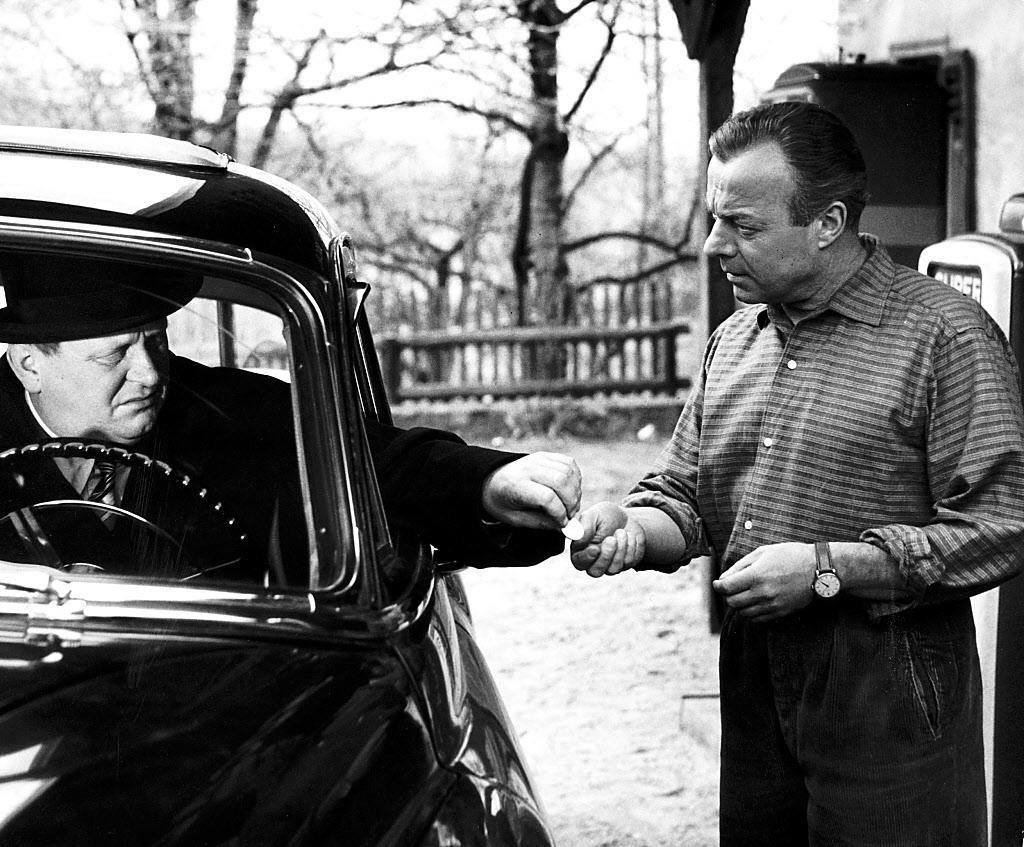 The 1958 version of the film is most memorable because it is somewhat unprecedented in raising public awareness of sex crimes against children. What's more is that the film cast actors who were most known to the audience of the time in comedic roles or, at least, were known best for acting in films which nearly always promised a happy ending.

Needless to say, Es geschah am hellichten Tag is neither cozy nor a comedy, and from my own memory of watching it for the first time, it was a rather disturbing viewing experience, not least because it wasn't what one would have expected from that particular cast of actors. Incidentally tho, it was this film that brought home how excellent and versatile cinema could be when actors were given a chance to take part in a project that was outside of their typical genre/casting.

But back to the book: Although the book was the blue print for the magnificent film, there are some very distinct differences - with respect to the narrative, the characters, and the plot. In fact, I would say it is worth reading the book for these differences because they bring home some of the complexity of the topic and also some of the frustration, helplessness, and despair that is caused by the particular kind of crime, especially when it may remain unsolved, or when a solution is found to late, or when good is not able to triumph over evil because some evil comes in the shape of good intentions.

I honestly cannot recommend the book for its writing - Dürrenmatt's writing was, in fact, quite annoying at times because it seemed choppy and overly simplistic. This may have been because the book was intended as a film script, and therefore, relied on dialogue more than on descriptive narrative and was somewhat limited in developing the character's thoughts on the page. However, the ideas that Dürrenmatt set forth, have had me engaged since reading the book. Not just in order to write up this review, but also because he does touch on questions about the arbitrary relationship between people and crime.