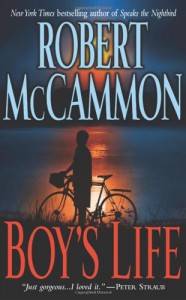 "As Reverend Lovoy spoke, his voice competing with the thunder of heaven, I realized who was sitting directly in front of me.

She could read minds. That much was an accepted fact. And just as it dawned on me that she was there, her head swiveled and she stared at me with those black eyes that could freeze a witch at midnight. The Demon’s name was Brenda Sutley. She was ten years old, and she had stringy red hair and a pallid face splashed with brown freckles."